Originally, suitcases were made of wool or linen. Leather also became a popular material for suitcases. It was used to cover wood suitcases or just on its own for collapsible suitcases. It is difficult to document all the materials suitcases have been made out of. Like all produced consumer goods the materials chosen to construct suitcases are truly a product of their time. Wool, wood, leather, metal, plastic, fiber composite even recycled materials are all common suitcase materials. During covered wagon times trunks were a popular form of transporting goods. The ride was rough, so the luggage had to be strong. The theme of suitcases becoming less cumbersome over time could be directly related to the advancement of better transportation.

Previous Suitcase Construction
Next What is suitcase?
KeyWords

Find out early about all upcoming promotions and 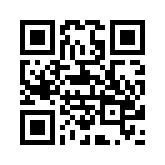